The Story of NIHI Sumba

A rare and fascinating tale that began when Sumba’s ancestors, the ‘Marapu,’ landed on its secluded beach centuries ago.

Beliefs about their powers vary, but the Marapu spirit has remained a benevolent force on the island, protecting the way of life and attracting custodians whom honor and carry forth the heritage and stories of the Sumbanese people, past and present.

The same beach attracted Claude and Petra Graves in 1988, in search of the perfect wave. From this adventure emerged a vision to create a resort that would preserve and share the breathtaking beauty of Sumba with those who would truly appreciate it. The beach of Nihiwatu, meaning “mortar stone,” was named by early settlers for its isolated rock formation along the tide. The Graves aptly called the resort Nihiwatu for its surrounding legacy. By 2012, stories of the unregulated freedom and beauty of Nihi reached renowned brand-building American entrepreneur Christopher Burch, who was told Claude was looking for help to expand the resort. Burch called on a friend from New York’s The Carlyle Hotel—South African-born hotelier James McBride, who was President of YTL Hotels in Singapore at the time—to visit Sumba.

Later that year, Burch’s trip with his three sons proved to be a milestone, as he acquired NIHI in partnership with McBride. The acquisition enabled substantial investment with the single priority to evolve Nihi into one of the best resorts in the world, an example of a sustainable operation in harmony with the environment and the Sumbanese people. Travel + Leisure readers globally have voted NIHI as the number one hotel in the world, in all categories, for 2016 & 2017 World’s Best Awards. 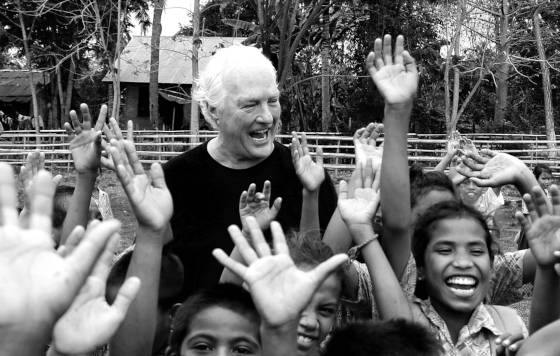 Chris Burch, founder and CEO of Burch Creative Capital, has been an entrepreneur and active investor across a wide range of industries for nearly forty years. He has contributed to the rise of multiple technology and luxury brands, including Faena Hotel + Universe, Jawbone, Tory Burch, Poppin and Voss Water. He is a former board member of Tory Burch, Guggenheim Capital and The Continuum Group.

Mr. Burch’s entrepreneurial success began in 1976 when he was still an undergraduate student at Ithaca College. With his brother Bob, he invested $2,000 to start Eagle’s Eye apparel, a business they grew to $165 million and then sold to Swire Group.

After the sale of Eagle’s Eye, Mr. Burch was one of the earliest investors in Internet Capital Group, a well-known IPO story in the Internet space.

Mr. Burch relied increasingly on his ability to find the nexus between innovation and implementation and continued to realize unusual success, based in part on his intuitive understanding of consumer behavior and his experience utilizing superior sourcing infrastructure and direct-to-consumer channels.

Mr. Burch has invested in several domestic and international real estate ventures, including the partnership with architect Philippe Stark and hotelier Alan Faena in Argentina to redevelop an underutilized parcel of land into the Faena Hotel + Universe.

Mr. Burch was on the board of the Rothman Institute Orthopedic Foundation and is a past president of The Pierre Hotel Co-op Board. He has contributed funding toward research and philanthropic initiatives at Mt. Sinai Hospital in New York, NYU Langone, The Sumba Foundation, The China Association of Social Work, The Child Welfare League of China and The Henry Street Settlement. 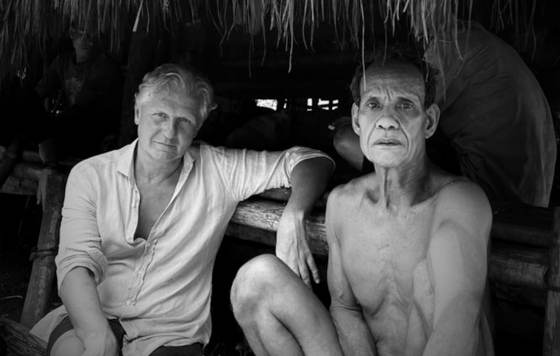 Recently recognized as “One to Watch” by Bloomberg Businessweek’s Bloomberg 50 and awarded Independent Hotelier of the World by Hotels magazine, James McBride is a global hotelier who has led some of the world’s leading hotels during his twenty-five year professional career. Known for his limitless creativity, clever marketing techniques, and exceptional hotel experiences, James has raised the bar in the hospitality industry, paving the way for inventive ideas and competitive spirit.

James transitioned to hotel entrepreneur in 2012 when he partnered with long-time friend and investor Chris Burch on the acquisition of Nihiwatu, now NIHI Sumba, subsequently voted the #1 Hotel in the World for Travel + Leisure magazine’s World’s Best Awards two years in a row.

James started his journey globally at The Ritz-Carlton Hotel Company, where he remained for fourteen years. His work is the focus of a Harvard Business School case study that remains the number one best seller taught in many academic programs “that details a new hotel launch, focusing on the unique blend of leadership, quality processes, and values of self-respect and dignity, to create award-winning service.”

James was then selected to run two of the most preeminent properties, in quick succession: In 2002, James became General Manager of The Grosvenor House of London’s Park Lane; and in 2003 he was appointed by Rosewood Hotels as Managing Director of The Carlyle in New York. James’ six years with Rosewood Hotels included the Regional Directorship of all Caribbean Resorts.

James then seized another international opportunity when he was approached by Asia’s YTL Hotel Group to assume the role of its global President. It was in Asia that his lifetime network, resources, and original concepts all culminated for James to pursue another revolutionary phase: Nihi Sumba.

As a global ambassador for the hotel and hospitality industry, James is also a founding partner of Zanadu, a Chinese luxury members-only online travel agency that launched the Global Travel Experience Awards in 2014.