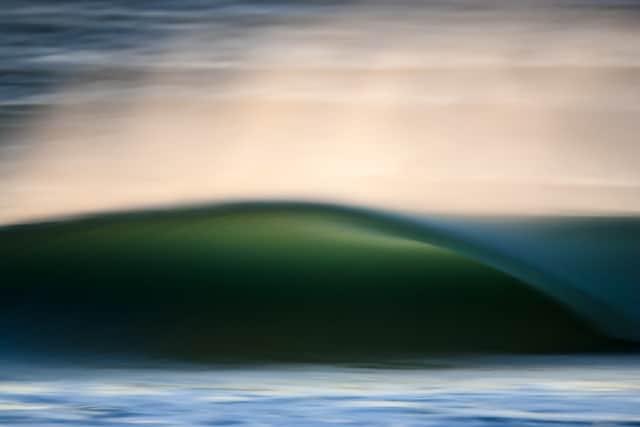 Six Years in the Making: The Watercolor Wave

You can call him Ishmael but he is not part of captain Ahab’s crew, nor is he seeking revenge. However, he has the same drive and passion of those traveling aboard the Pequod. His target is not an oceanic animal of white skin, rather a beast of a different kind: one that each day turns into a different shape, drives energy, and shapes the Earth: waves.

Theoretically, a wave is the result of the wind blowing over an area of fluid surface, and the travel of this voyager starts with the convergence of the north Pacific swell, colliding head on with seasonal Santa Ana winds on a beach somewhere in southern California. Putting into practice the practical knowledge from Jan Peterzak, a former assistant of renowned photographer Ansel Adams, Bill Hendricks, a professor at the Brooks Institute of Photography, and later, his mentors, surf photography legends William Sharp and David Pu’u, he stalked his “white whale.”

What began as an idea evolved into a pursuit by chance when he obtained his first digital camera. He was not inventing anything new, but capturing moments with his own eye. He used his new tool to create art by painting with motion and light in a way that was so much more difficult in the days of film. He had a clear vision in his head, one he knew was worth chasing.

It was sunset when the highly anticipated parcel arrived and he received his first glimpses of a new piece of technology that would bring his vision closer to reality. Perhaps the timing was a nudge from the universe as he simultaneously looked at the waves in front of him, his target, liquescent planetary energy ever changing. He always found inspiration in the works of Dali and Van Gogh, and created a niche by translating his photos into abstract paintings. The setting was real, but at the same time it appeared as brush strokes of light and shadow, smooth as watercolour, just like nature, a balance between wind, earth, and water.

With patience and endurance he marched on, ever closer to his elusive prey like a primal hunter. By dusk or dawn, winter or fall, he pursued the prized image in his mind but with only small glimpses of success, until one fall afternoon when the Santa Ana winds stirred with all of their might. The strong downslope winds that blow through the mountain passes in southern California appeared in the best way possible. One day during sunset, he started to use the shutter to capture the wind-sculpted waves coming closer and closer to his long- envisioned result. Suddenly, a perfect wave reared up and threw itself into the shore after a battle between the offshore wind holding up its energy, shredding the top half of the wave to be blown out the back, forming a perfect spinning cylinder, a tube, if you will. As this wave broke across the sculpted sandbar, everything had finally come together with precision: the perfect spot, moment, camera movement, shutter speed, wave, wind, and light had painted his imagination’s wildly vivid ‘watercolor wave’. 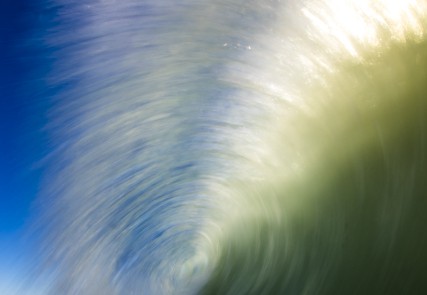 He immediately sought his mentor’s approval with a humble sense of what he had achieved–not only the result of that single frame, but also for the journey that had led him to this point.

“I think this is the best shot of my life,” he remarked. Like a true mentor, his friend replied, “You say that all the time.” But when the master studied what would become known as the ‘watercolor wave,’ he symbolically knighted his young pupil, “Yeah, you are right, that’s pretty darn good.”

Six years in the making good. But don’t call him Ishmael. He is Jason Wolcott, Nihi’s resident photographer. When he is not photographing around the world, he is available on Sumba to create breathtaking, pixel-filled memories of your stay. He will deliver photos with meaning from a destination with purpose to inevitably land in your own album of endless curiosities.

* By clicking "Submit" you agree to receive emails, promotions, and general messages from NIHI Hotels.