Love in a Photograph

For centuries, the ways in which people express love have been unique to many cultures around the world, and have naturally evolved. From our early ancestors’ understanding of empathy and emotions, to modern day … emojis … love continues to be a prominent expression in everyday communication.

On Sumba Island, love has a significant presence in the societal routines and rituals that govern the Sumbanese, both spiritually and materially. Though often a bit mysterious and complicated for Westerners to comprehend, the Sumbanese’ animist beliefs show love and respect for all natural objects in the universe, embracing the idea that they all have souls and spirits, including trees, rocks, and the moon and stars. This gives important meaning to the deceased, as well as the role of animals in ceremonies and celebrations. However, the Sumbanese practice of Christianity is familiar to many traveling visitors who immediately feel the warmth and blessed nature of the locals they encounter.

That said, it is interesting to note that there is no direct translation in Sumbanese for the word “love.” The Sumbanese are not alone. There are other languages with no word for love. Even the Japanese lacked a specific description for the intense emotion until the late 19th Century. Therefore, a culture may be kind and hospitable, but perhaps not “romantic,” which makes the emotion easier to show than to say.

Stephane Sensey is a French photographer based in Bali who has traveled the world capturing various cultures’ love in photographs. After a visit to Sumba seven years ago, Stephane added the island to his list of destinations where he longed to put the heart and soul of its people into art. Titled “Data Ate,” which translates to kindness, Sensey’s series of photographs will be on exhibit at Nihi Sumba beginning the 25th of October, 2019 throughout the resort’s common areas, including the Menara upon arrival, and at the Ombak restaurant and bar. Below, Stephane give us some insight into his pursuit for kindness through the lens of an artist. Those of our friends who are not on site at Nihi can enjoy Stephane’s work from afar with a virtual tour of his Instagram collection. 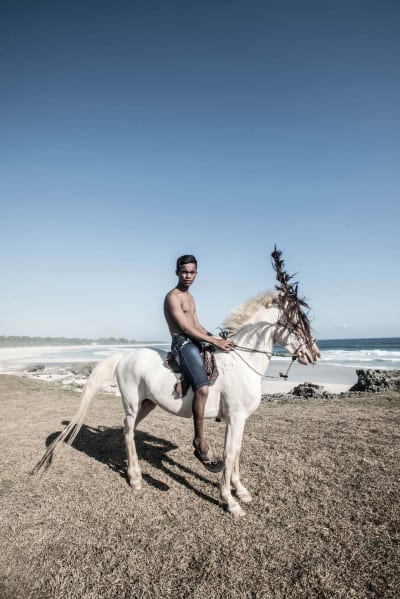 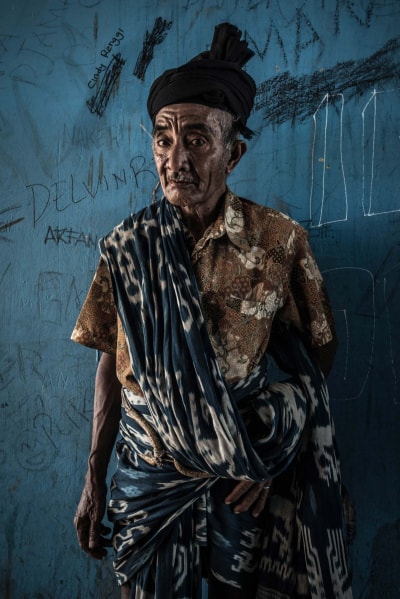 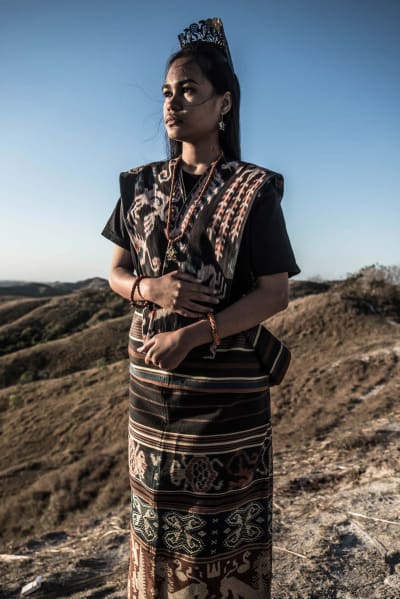 In your opinion, how does Sumba Island differ from other Indonesian islands?
I have been travelling all over Indonesia for 15 years and only Sumba has this timeless atmosphere that makes you feel to be in a different world. The fact that natives are still riding horses all over the island wearing their traditional attire makes this island totally unique. This island is really unique in many ways.
When you try to capture “love” in different cultures, what does this mean to you? What are you looking for?
It means that all the work I do is made with love and passion. I believe that it is the only way to reach the soul of a person or a scenery you want to capture.
What most stood out for you when photographing Sumba’s culture and landscape?
Probably the the force of the faces of the Sumbanese. Concerning the scenery the diversity, and the light that can make you feel like being in Africa sometimes.
What is your favorite thing about Sumba?
Surely the beauty of the children, and then surrounding nature.
In three words, how would you describe Sumba?
Timeless. Wild. Unforgettable.
What destination in the world do you most wish to photograph and capture “love”?
Bali, which I have recently. That is certainly why I am based in the islands of gods.
What is your next project?
I actually have few at the moment, but a series of images about Biarritz, my hometown in France, is the main one.